This year has been an interesting one, definitely. A memoir is in the works of the happenings, as if I put it all in a blog post, it would be the world’s longest blog post (lol). But I woke up this morning feeling I needed to share my story of what I’m most grateful for:

Ten months ago, I checked myself into the emergency room because of severe pain in my stomach/abdomen. I didn’t know what was going on, I just knew that I was in pain, and that I had a fever. After several tests, including an ultrasound and CT scan of the abdomen, I heard the emergency room doctor fervently making calls to what seemed to be other physicians. I couldn’t make out exactly what she was saying, but I got scared. I figured that maybe I had a bladder infection, or something that could simply be treated, but that wouldn’t be the case.

The ED doctor sounded like she got the information she needed, got off the phone and came into the room to tell me the prognosis. The scans, x-rays, etc. had found a huge…I mean huge tumor in my uterus. I cannot remember the specific measurements, but she showed me how long the thing was on a ruler, and I was horrified knowing that something that big was inside of me.

Her telephone calls were to gynecological specialists in the area that could take my case. There was one surgeon who was available to take the case in the area. I was to be transported to the hospital where he was on staff that night.

I was amazingly blessed that this surgeon took my case. He was kind, yet firm, honest, yet compassionate. His gut told him that it was not cancer, but yet an enormous fibroid tumor. But he said he couldn’t be 100% sure until he went in and the tests were done. He also told me in the most kindest voice ever, that “he wouldn’t know what he was dealing with until he went in…therefore, he could try and save my uterus…but he couldn’t be certain, and he wanted me to be prepared…” I cut him off immediately, and told him…

I had never really wanted children, but losing the choice took an amazing emotional toll on me. In addition, I had just buried my mother a week earlier.

The physician and I agreed. Because of the pain, he would fit me into his surgery schedule the next day. I was to have a total abdominal hysterectomy, with the removal of one ovary (due to additional issues with endometriosis and a cyst on one ovary). I was scared, but I knew I was in good hands because of his kindness and because he told me he was a “Believer.”

The surgery was a success, and no cancer was found. My uterus had grown to 2,200 grams…a normal non-pregnant uterus is 115 grams. It was as if I had been carrying a 5 pound baby. I have been open about so much in my life, and for some reason, was hesitant about being completely open about this. But I decided to give shame a run for its money and most recently have been more open about my experience. I am 40 years old, and I will never have children of my body. And this is okay. There is a big community of women just like me who have gone through and are going through this, and we need to stand together. This experience doesn’t make me any less of a woman. I am strong, healthy, happy, and whole.

Recovery was intense. I couldn’t drive, couldn’t lift anything, couldn’t do any housework for weeks. But I was grateful for the recovery because if things had been different, I could have been going through cancer treatments while recovering from major surgery. Life is hard. But it’s those small gems of hope and grace that keeps us going.

The only thing I could do while I was recovering was watch a bunch of TV, read, and reflect on what had just happened to me. How my life had forever changed…forever. And how, I was absolutely thankful for the life I have. 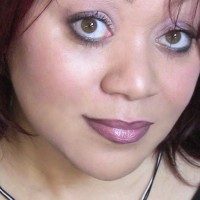